I have finally pressed the button and applied for my Italian Citizenship. Now all I have to do, is sit back with a glass of wine and wait to see if they reject my application.

My quest started in November 2016 when I applied for my criminal record check, I was a little worried how many misdemeanours and skeletons they might discover.

Maybe just one or two skeletons.

However they obviously didn’t dig too deep, for example they never uncovered the incident of the little girl who somehow lost a chunk of her ponytail during class, maybe they couldn’t prove the fingerprints on the craft scissors were mine.

Ok, so it wasn’t quite as bad as this, well maybe

With this minor hurdle over I procrastinated for just over five months, it was only when I realised the criminal record  certificate was due to expire, that I decided I needed to gather my documents and officially apply.

Applying on line means uploading copies of my birth certificate, residency document, criminal record and something called Richiesta di Iscrizione anagrafica. I will be honest, I didn’t know I had one of these and I still don’t know what it is or when I got it.

I also had to answer 30 pages of multiple choice questions, ok some of the pages only had 5 questions, but they were all written in Italian… 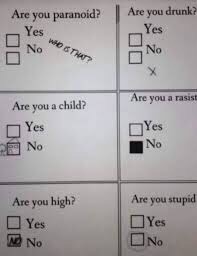 To say I was a little stressed when I was finished is an understatement. I rechecked my answers and then pressed the button.

The Italian ministry now has 730 days to either decline or accept my application. If they don’t reply in time, I am granted citizenship by default.

Over a glass of wine, I suddenly had a cunning idea, if all the brits suddenly flooded the Italian ministry with citizenship applications….. they will be overloaded and won’t be able to cope!

Flood the Italian ministry with applications

and if they can’t cope, maybe my application will be overlooked and I will gain citizenship after 730 days by default.
So please help this black sheep by applying now

Mrs Sensible’s manky cat is the only cat I know, who can purr contentedly whilst glaring at me. The cat loves Mrs Sensible to distraction and it hates me in an equal measure. 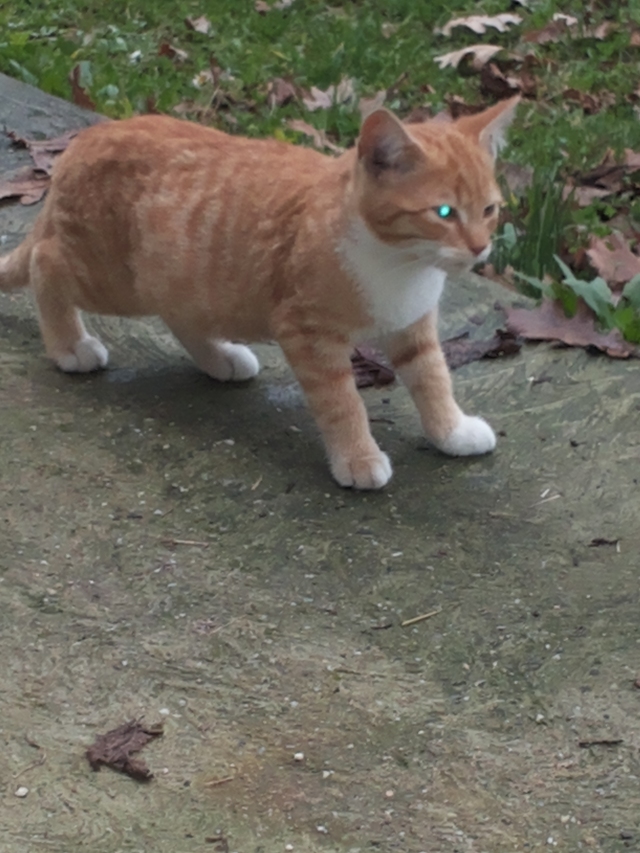 Look at the eyes on that cat, From day one I knew it was either a cyborg or evil.

Two months ago things came to a head when the manky ginger cat decided it would be great fun to pee on my beloved Mini. Every day it sauntered pass my car and peed on it. I googled cat pees on my car and found the ideal solution…. take the cat to the vet and have it neutered, in layman’s terms this means taking the cat to the vet and having his nadgers removed… I thought this was an ideal solution.  Oh! I didn’t tell you the manky cats name did I, Mrs Sensible calls it Toby (I think after her screen heart throb Toby Stephens) Before the cat visited the vets, I called it Ginger or that Bl%$dy Cat. Now I am happy to call it Pussy No Balls.

I had just explained to the cat why he was going to the vets.

Mrs Sensible’s cat has spent the past month fighting with a rather large feral cat, so far he has come home with part of his ear badly chewed, various bits of fur missing and a tail that looked like it had been snapped in half and then passed through a mangler.

Mrs Sensible said enough was enough and something needed to be done to protect her beloved cat from the monster that was attacking it. I tried to explain to Mrs S that her manky cat was probably starting the fights and deserved the kicking he was receiving.

To be honest at least once or even one hundred and sixteen times I have wanted to kick Mrs Sensible’s beloved cat ….. and I like cats, with the exception of Toby aka Ginger aka Pussy No Balls. 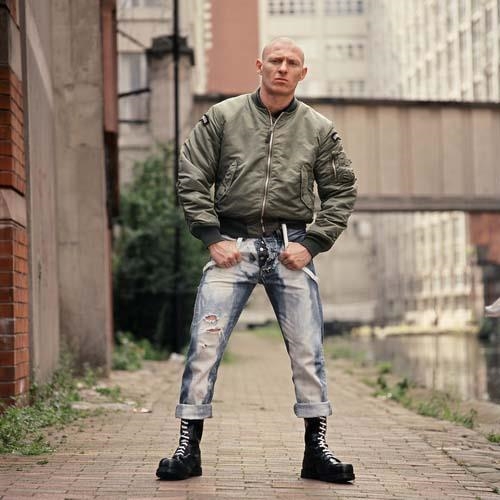 If Ginger was a human. “My Toby wouldn’t hurt a fly he is so sweet” says Mrs Sensible

We took Ginger and his mangled tail to the vet, the cat received two injections (that should have been more painful) and I received a bill for €20 and a rather large cage to catch the wild cat. The vet said if we manage to catch the wild cat he would drive the cat 20 miles away and release it so it could torment some other cats in another village.

Adding big game hunter to my other list of achievements was an exciting prospect, I donned my pith helmet, armed myself with the cage and set off to catch the wild and terrible cat.

I told my neighbor about my latest adventure

I baited the trap with very expensive cat food and set it in the front garden, I then retired to bed. At precisely three o clock in the morning I was awoken by a terrible commotion. Mrs Sensible said “quick it will be the Gattoni, the trap has caught it!!!” I noticed she didn’t say YOU have caught it..I tried to roll over back into my dreams by suggesting it was probably just my stupid cat Mishmash in the trap.

The terrible, wild and to be honest angry Gattoni

I looked out the window and it wasn’t Mishmash, it was the Gattoni who was caught in the trap. The trap appeared to be walking across the garden as the cat tried to escape. To subdue the animal I covered the trap in a blanket.

Mishmash  and Ruthie inspecting the cage and captured cat

Now that I had captured the cat, the decision was whether I should drive the cat 20 miles away and release it, or take it to the vet who promised to release it on our behalf. I had a little nagging doubt whether the vet would take the cat for a drive or if he would give it a little injection and send it to sleep.

After debating the problem with my friends over a beer, I decided my son and I would take the cat for a scenic drive through the countryside.

Driving back from the vineyard my son told me about a film he had watched called Homeward Bound, it is a soppy film about two dogs and one cat that traveled halfway across America. I think he was trying to tell me 20 miles was not far enough. I pointed out that movies are one thing, real life is something different.

Now either somebody has a great sense of humour and has  brought the cat back to my garden or the cat has found his way home. He either wants to finish his fight with the Ginger cat or his love for Mishmash has not been satisfied yet.

In May I received a message from my contact page from a really nice lady called Rossi Thompson. She said she was writing an article for the Daily Telegraph on What makes Ex Pats Grumpy, she asked me if I would like to contribute..

Would I like to contribute!!!! I immediately reached for my muse (a glass of vino rosso).

An Englishman in Italy is in the news

As I sipped my glass of wine, I pondered what is it that makes me grumpy. I didn’t think not being able to find my flip flops would be earth shattering news, Nor would her readers be interested that being asked to cook the evening meal made me grumpy (I tried to get out of cooking by cremating everything, unfortunately Mrs Sensible soon cottoned on)

With the deadline looming I asked Mrs S, what makes me grumpy. If you are married you will realise this is not a question you should ever ask your spouse. Out of the 487 items she listed before I suddenly switched off and went deaf I chose three items and if you want to read what they are please click this link.

I would like to thank Rossi for asking me to contribute and I would also like to thank the editor for not deleting my submission,.