Mrs Sensible and I drove over to meet up and interview Richard and Allegra who have converted a Langhe farmhouse into a beautiful self contained holiday home for 10 to 12 people. see their blog Living in the Langhe. Richard and I have a lot in common, we both enjoy a glass of wine and neither of us has yet mastered the tricky Italian language. Mrs S was keen to view their newly renovated house and their delightful daughter and I was keen to sit down with Richard and drink his stash of wine.

So here is our first interview.

Why did you decide to move to Italy and open a holiday rental?

We were living in Bristol at the time, which is a lovely city, if a bit rainy, and both working in fairly regular jobs. We had hit a bit of a juncture though… we were spending all our time commuting just so we could pay for a house we were never in and put petrol in the cars that took us to work. There just didn’t seem to be much point in it all. So, we wracked our brains and came up with this. We did a few wildly inaccurate sums and worked out we could afford it (we couldn’t…) and from that point on realised that we had to give it a go otherwise we would always regret it. 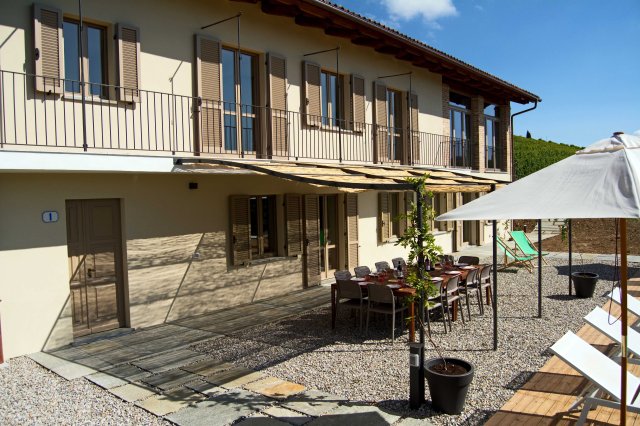 Who initially thought up the idea and have they now been forgiven?

At this moment in time, we’re saying it was a joint decision. However, if it doesn’t work out, it was all my wife’s idea! What we did definitely decide together though was that we should create a big house, somewhere for families or groups to holiday. There are so many nice little apartments around so we wanted to do something a bit different, a house for up to 12 people, with its own private pool, kitchen, living room and garden. Our research tells us there’s a market for it, but if there isn’t, it was definitely my wife’s idea.

Why did you choose Barolo, did you consider anywhere else?

We looked all over Italy but in the end this region just had the perfect combination of everything we wanted. It’s near to the mountains for skiing in the winter, it’s near to the sea, it’s well-placed for reaching the rest of Europe, but most importantly it’s ridiculously beautiful in every season. After two years, I still find myself stopping to take photos every time we go out. We also thought, business-wise, it was a good area for us. It’s easily as beautiful here as better-known places like Tuscany and Umbria, but there are far fewer tourists so you can get a much more “Italian” experience. Also, thanks to the grape harvest in the autumn and white truffles, which are typically found from about November, the tourist season here is really long. And did I mention how good the food and wine is? 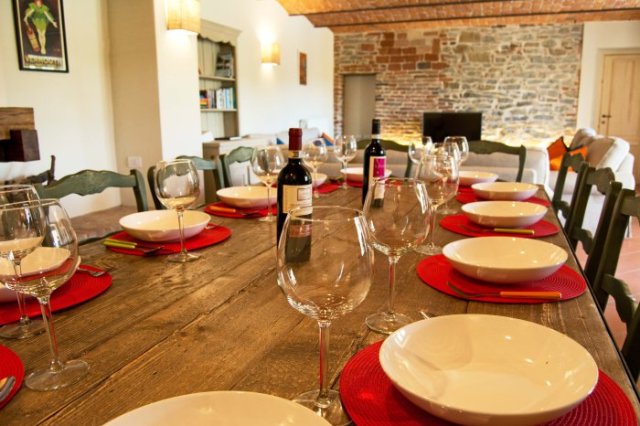 What was your biggest culture shock?

Plastic wood. Always plastic wood. I was expecting all the stereotypical ‘living with your parents until you’re 40’, sexist, lazy, long lunch stuff, but if I got a Euro every time somebody tried to persuade me to get something in “finto legno” (plastic made to look like wood) rather than actual wood I’d be able to single-handedly bail out Greece. Wood moves you see, and it cracks, and Italians seem to hate it. Most of the builders who came out to quote wanted to build our roof in manufactured wood, we were offered front doors in this wood-grained plastic nastiness, tiles that look like wood (they’re actually quite good to be fair), lights covered in poo-brown wood grain and my personal favourite was this plastic stuff we were offered to go around the swimming pool. Looking at it actually made me throw up in my mouth just a little bit. 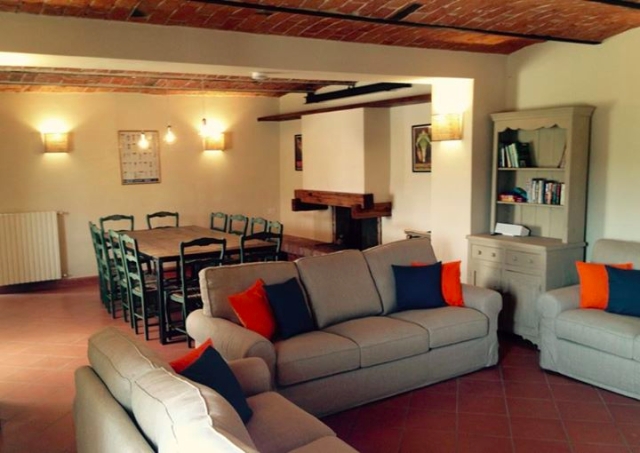 Have you learnt the language or have you mastered the art of mime?

Erm, both, I think. I can gesticulate with the best of them now, and I also do a very good line in nodding and smiling while letting my wife do the talking, particularly if somebody has done something wrong. I am getting good with my building and architectural terms though. The renovation has actually been very good at dragging me kicking and screaming out of my comfort zone. There’s something about hearing someone threatening your wife on the telephone that makes you want to grab the phone and give them a piece of your mind. I still don’t know if he understood a word I said but he knew I was angry with him and that’s really all that matters (if anyone wants to know what Piemontese kitchen supplier not to use just send me an email…). 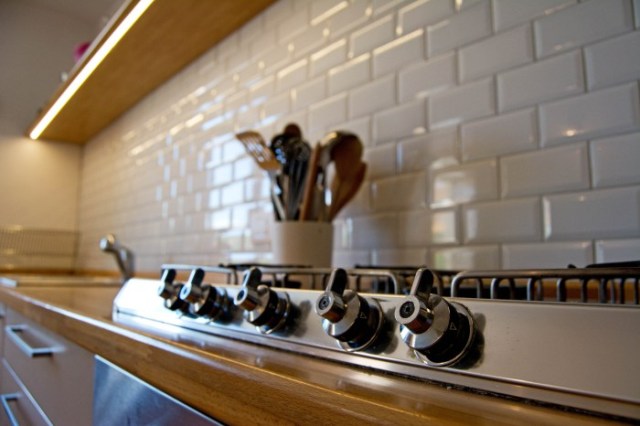 Where to begin… We’ve had a huge concrete wall that supports the entire house turn out to be mud and stones with a thin concrete façade, we’ve been kicked out of a rental house three days after moving in, we had to fill the pool up three times because the water kept coming out rusty (I know, first world problems, but it was frustrating and expensive at the time!), we’ve had leaks, breakages, injuries, spillages, even dog attacks… it’s been an eventful time. Honestly, reaching the end of a day with all my appendages still intact (being a bit clumsy and using lots of big, dangerous tools is not a good mix) is usually enough to warrant a celebratory glass of wine, but as for disasters turning me to wine? If it’s bad enough to need alcohol I’ll usually jump straight to the grappa! 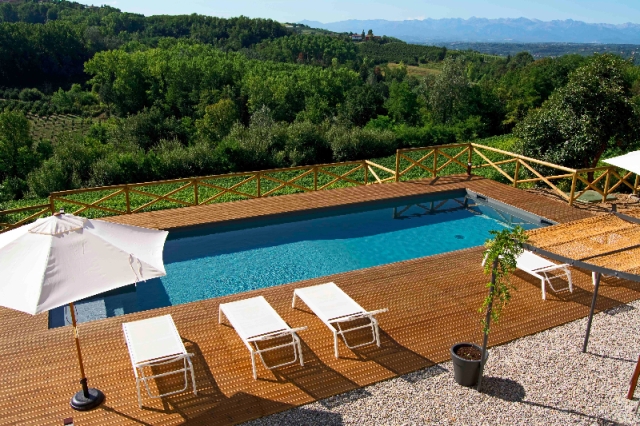 What was the highlight of this adventure?

That’s an easy one…  the birth of our daughter, and the fact that what we’re doing allows me to spend as much time as I want with her. Had she been born in the UK I would barely get to see her, but here I get to play with her whenever I want, feed her, cuddle her and teach her how to swear at people in English! 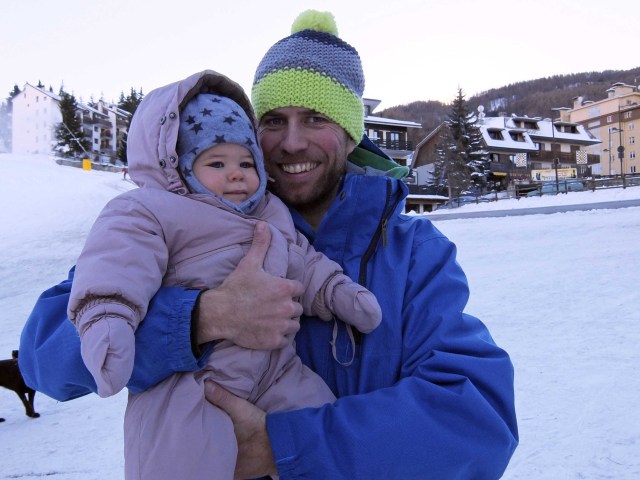 Any advice for anyone who is sat in rainy England and considering renovating a property in Italy?

Firstly, do it. But secondly, be prepared. It is hard work, physically and mentally. We work every minute of every day, be it sanding and painting, meeting with suppliers, making decisions, writing endless lists or more sanding and painting. The only time it stops is when we fall asleep, but then our dreams are filled with people not turning up when they’re supposed to or putting things in the wrong place. We’ve learnt a lot, we’ve cried a lot, we’ve certainly spent a lot, but I wouldn’t change it. We love this weird little lifestyle we’ve created for ourselves and you could never persuade me to swap it for the daily commute on the M4. 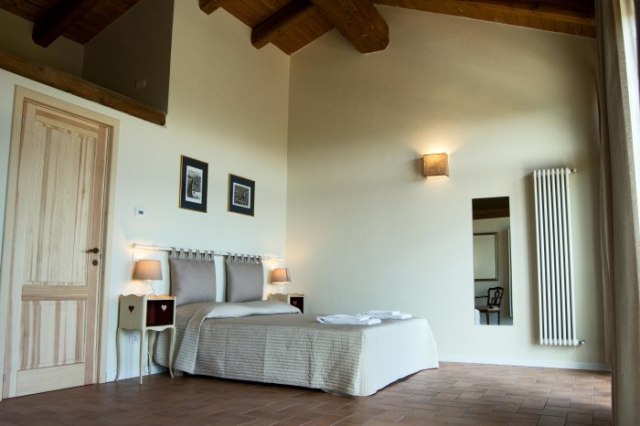 And finally when will you be open.

We have a few tester groups this summer putting the place through its paces and from this autumn, so harvest and white truffle season (which is the most beautiful time of year here) we will be properly open. The website is still a work in progress so for now if anybody is interested in coming to stay, they can contact us through our facebook page or blog