Well… I am not sure what to write about today. I flicked a Euro in the air to help me decide and it rolled under the chair, never to be seen again. So, today I will only give you a little flavour of a day in the life of an Englishman living in Italy. 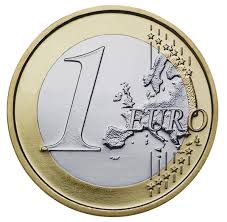 Mrs Sensible left the house in a happy mood this morning. She had just learnt that she had been awarded the Sisterhood of the World Bloggers Award by 1write way.wordpress. Personally, I am gob-smacked. I am not sure why she won the award, because this is my blog. Mrs Sensible is the cook and the woman that keeps me out of trouble, she doesn’t put ink to paper. A couple of months ago during a glass of fine wine, I did suggest to Mrs Sensible that she should start her own blog. She thought it was a good idea and started to discuss the possibilities of “Living with an Englishman” and “Living with the man who burns Pasta”. Fortunately, I managed to steer the conversation onto more pressing matters and away from a blog discussing her life with me. 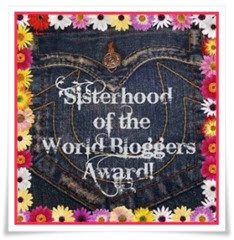 (There will be a post about the award later…..) Massimo, the builder who had come to look at our roof and gutters, following the tornado that wandered through my garden, nearly fell off his ladder this morning. We, me and him, propped a rather large ladder against the side of the house and while I did the technical bit of putting my left foot against the bottom rung of the ladder, Massimo climbed to the top.

A rather long ladder

My conversation with Elsa (the landlady and daughter of Luigina) was abruptly interrupted by Massimo shouting a lot of rude words and waving both of his hands in the air. Damn fool I thought, he is supposed to be using one of his hands to hold on to the ladder. “Vespa!! Aiuto!! Porca miseria” he shouted as he waved his hands about. I calmly suggested that maybe he should descend the ladder before he fell off and squashed my pot plants. He took my advice and came to ground zero, sporting a few rather nice wasp stings to the side of his face.

I forgot to give him the can of Zig Zag until it was too late. The ammoniaca was for the stings

Oh!! I nearly forgot, earlier this year Mrs Sensible entered a national competition organised by the Italian government, (I wrote about this in March). The competition was to organise who would get full-time contracts within the Italian School system and who would continue on temporary contracts. The Government has decided that their competition is far  too complicated and they can’t add up who has won, so they will now announce the winners in September 2014. Fortunately Mrs Sensible has found a place for this year at the same school she taught at last year, so we will make it through another year. PS. I made lunch today,

I used onions from my vegetable patch, some cans of meat that resembled dog meat, but I am assured it is the Italian equivalent to corn beef (as I said dog meat) a clove of garlic, a bottle of wine (I always cook better with a glass in my hand) and some tomatoes. Through gritted teeth, Mrs Sensible said she enjoyed it. If you are lucky I might upload the menu.

42 thoughts on “Just another Tuesday”