I have man flu, I have a sore throat, head ache combined with a really bad case of feeling sorry for myself. This drastic illness struck me down on Saturday. So I took to my bed and sulked as only a man can.

Mrs Sensible coped admirably with me, she force fed me food I really didn’t want to eat, she didn’t shout too loud when I shuffled into the lounge in search of chocolate. I could quite get used to breakfast, dinner and tea in bed. Lunch arrived on a tray, complete with a glass of water for more Italian medicine, and I noted with surprise there was no glass of wine. I decided not to comment on this omission, I thought it might be detrimental to my already failing health.

Sunday was a glorious sunny day and Mrs Sensible wanted to wash the bedding. We are in the depth of winter here in Sunny Italy, and there are only a few good days for drying bedding sheets etc. But first Mrs Sensible had to force encourage me out of bed. She dropped several hints and I managed to persuade her, it was a lost cause by occasionally moaning and requesting items like my laptop, cups of tea etc, with my sorrowful but husky voice. Isn’t it amazing a sore throat gives you a husky voice and when I need one, for example when I was courting Mrs Sensible it didn’t materialise.

All through the weekend my wonderful wife fetched and carried for me, she administered hugs when I demanded them and cups of tea around the clock.

On Monday morning, Mrs Sensible had to go to school to teach her delightful Chilblains, before she left she provided me with breakfast in bed (a tub of yoghurt  some dried prunes in a bowl and a glass of water to take my medicine) Later when Mrs Sensible came back into the bedroom to collect the tray she asked if I had managed to eat everything. Nope I have hidden the prunes under the bed they didn’t look appetising. She looked you know, does that say something about me?

So on Monday morning I was languished in my bed, occasionally checking my e mails for work and snoozing, at lunch time I realised that if I wanted a cup of tea…. I would have to get out of bed and make it myself, uffa! After a shower and  veggi burgers (I really need to pluck up courage and talk to Mrs Sensible about the food she buys, last week it was rabbit, now veggi burgers!!!)

As I was feeling a little better I thought I would pen a quick post for you lot. So here it is.

Last year I took Mrs Sensible to the hospital in Alessandria for a chest x ray. When Mrs Sensible went in to have her photo took, I sat in the corridor talking to a nice Italian lady, who had lived in Canada and therefore understood English. An x Ray is normally a very simple affair, you go in, stand perfectly still, watch the budgie and click all done. But of course this is Italy. For some reason, the guy whose job it was to take Mrs Sensibles portrait, came storming out of the room, followed a few minutes later by Mrs Sensible who had her schoolmarm look.

It transpires, that when Mrs Sensible asked where she was to change, and where was her gown (to cover her modesty) the man said “ I am a radiologist, I have seen lots of naked women, just get undressed and put your clothes on that chair” He may have seen many naked women, but this was the first time he had come face to face with Mrs Sensible.

Mrs Sensible told the radiologist that she had lived in the UK, where they give you a gown and a changing cubical, she also explained about patient’s privacy and I am sure one or two other items. The radiologist gave in and asked Mrs Sensible if she could do the ‘taking the bra off without removing the T shirt manoeuvre’ She obliged and he took her picture. 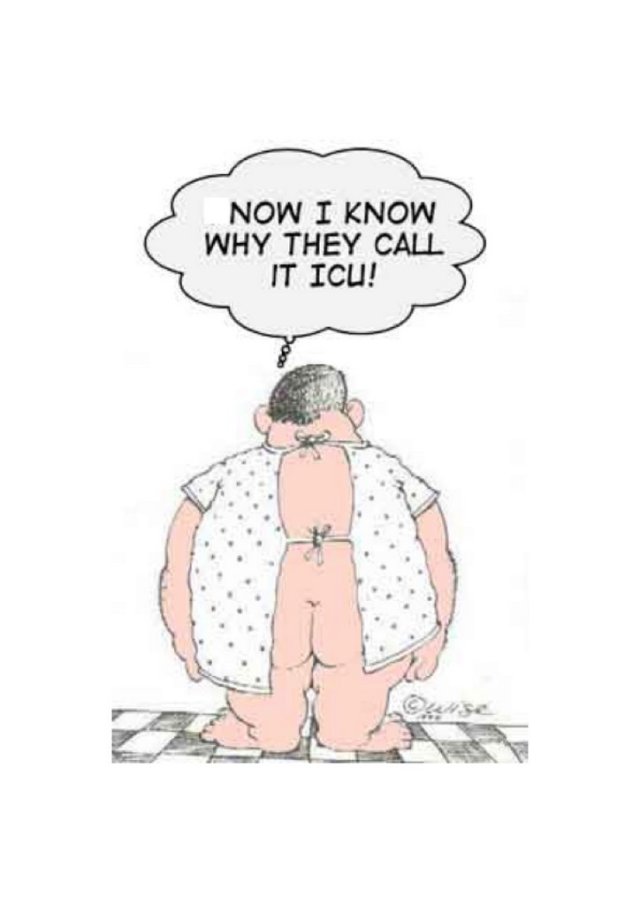 Hospital gown, better than nothing

The lady from Canada, who was listening to Mrs Sensibles latest adventure, agreed and said it was a disgrace that Italian hospitals were so bad. She went in for her X ray and about 30 seconds later the Radiologist exited the room shouting, swearing and waving his hands about. Mrs Canada had decided she wanted to do the bra shuffle as well.

I think we caused a bit of a fuss at the hospital, because the other women who were sat waiting for their turn were muttering revolutionary thoughts such as “ if she didn’t have to get naked, why should I” and “how do you do the bra shuffle, I think mine it too big to do it”

Enough of Mrs Sensible, I am still poorly but as a brave little soldier I have gone into work to see how many people I can infect with man flu.

42 thoughts on “Watch the Birdie”