I went to the bar for a cappuccino and sat down with my laptop to catch up with some work.

Midway through my second cappuccino I received a message from one of my favourite students, cancelling her lesson because she was sick, and just so I believed her, she had included a photo of her thermometer.

The day was turning out to be a nice relaxing day.

Just after midday I returned home to get my study ready for a couple of students.

As I drove in my drive, I noticed an envelope in the mail box. Not many people write to me, so I didn’t pay it much attention.

After opening the house, I decided to empty the kitchen rubbish into the outside bin, which is located close to the mail box.

Just out of curiosity, I peeked into the mailbox and saw a strange yellow letter. Hmm! The hairs on my neck had already started to stand up, even before I had fully translated this little innocuous letter of doom. In fact as I read and understood the word ‘disconnected’, I could smell the smell of fear.

It appears I had ignored the water bill for far too long (and so had Mrs Sensible, but I won’t mention that).

1) Mrs Sensible would probably kill me

2) Mrs Sensible would probably kill me

There were very unclear instructions on how to pay the bill.

By Bacs and then fax a copy of the payment to the office. Sorry Fax!!!! Do people really still use fax machines??

I remember these, vaguely

Paying the bill at the local post office, Ha ha ha ha! NO!

Italy at its worse

Paying the bill in person at the head office. Hmm, maybe while I was at the office I could charm them into reconnecting me before Mrs Sensible returns from school and tries to kill me.

Thanks to the talented MM at http://www.multifariousmeanderings.wordpress.com

My lazy, relaxed Wednesday had suddenly turned into a race against time.

I had precisely two and a half hours to not only drive to Moncalvo (30 minutes away) convince them to reconnect me before Mrs Sensible returned home from school.

Remember this is Italy, the land of three hour lunch breaks and  then get home (another 30 minutes) and start hiding the kitchen knives.

I parked in the main square and ran to the office, a good heart stopping 8 minutes away.

As I entered the office, which was fortunately empty of customers. I spotted two office type workers chatting.

Now I wanted to be super polite, remember, I needed these women to agree to try and reconnect the water before Mrs S returned home.

10 minutes they stood there chatting, I timed them.

Finally it started, a women in high fashion jeans and wearing more jewellery than the Great Hatton Garden Heist jewel thieves escaped with, turned to me and said:

Please, I pay this money or this money. I said pointing at two different amounts on the snotty letter of demand.

Have you taken a ticket she asked?

Let me explain, because Italians are incapable of queuing, there are little machines where you can take a ticket.

Yes the machine outside the office!

I was just about to point out how futile it was to take a ticket from outside, especially as I was the only customer in the office! When I remembered, I had to be very charming if I had any hope of reconnecting the water before Mrs S returned home.

I was as nice as nice could be

The ticket machine had numerous options and I very nearly took one of each, I use this technique at the local hospital.

Sticking my head back in the office, I asked which colour!

Any it doesn’t matter.

Maybe, just maybe, she glimpsed my thoughts as I looked at her a second too long.

I returned with a random ticket, which she ignored when I tried to give it her, 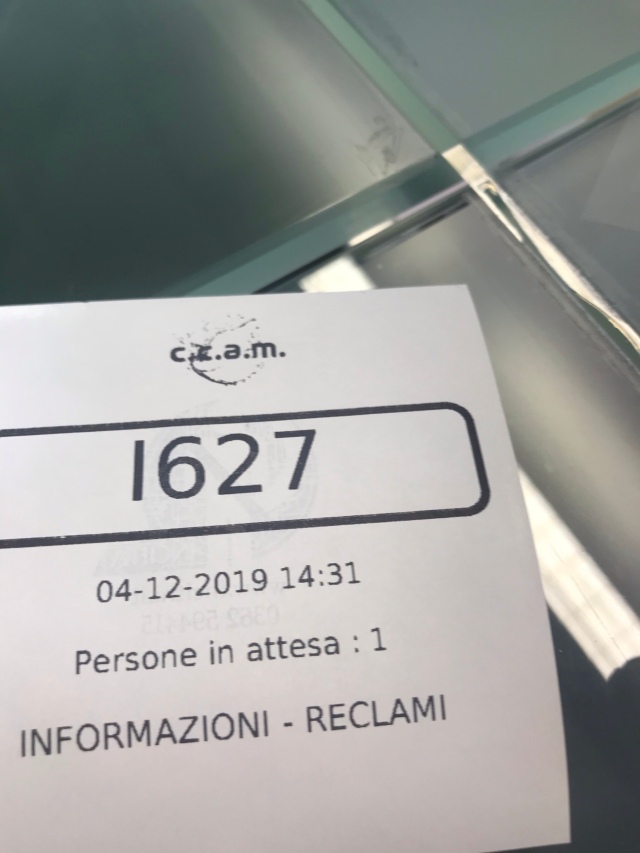 As much use as a chocolate fireguard

I once again asked her which amount on the letter I needed to pay.

I removed several hundred euros from my wallet and tried to passed them through to her.

She looked at the bill,

Who is Mrs Sensible?

I rubbed the bridge of my nose, I was thinking, should I say, you will read about her in the papers after she has killed me?

Instead I said my wife, and in English I added, and at this rate probably not for much longer.

And this is your address?She asked pointing to my address.

No it’s a strangers I thought, I like paying other peoples bills.

I nodded, I didn’t trust my voice.

We only take payments in the morning!

Sometimes, I even manage to amaze myself with how calm I can be when I really want to throttle somebody.

A very nice and normal woman, who had been filing other people’s snotty letters, looked at me and must have felt pity for me. 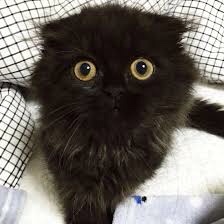 Come here, she said, I will deal with it.

I think my sigh of relief could be heard three offices away.

She not only dealt with the payment but while I was using google translate to create a nice thank you for her, using words like courtesy, life saver and you might have helped me to live to drink another glass of wine, she phoned the local engineer to reconnect the water!!!!

Racing home I phoned a good friend of mine, listen I need a big favour, Mrs S finishes work in 30 mins. Please invite her over for a coffee.

Ate you organising a surprise for her?

I would love to help, but I am not at home until later.

Unbelievably a little man was already in my garden playing with his tools. and water was once more gurgling through my house.

Mrs S arrived some two and a half hours after the engineer had left, she was late home and so far she is non the wiser

Tonight I will check to see if we have an overdue gas or electric bill.

But first I need a glass of wine to steady my nerves.