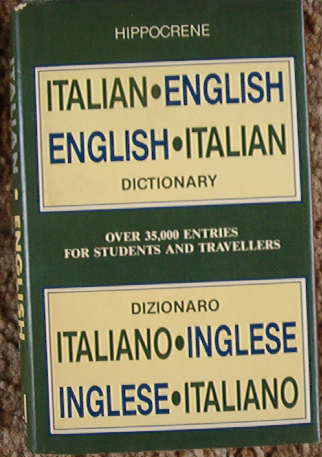 Ok girls and boys, I have been invited to submit a post (under 1000 words) to a newspaper and after a long think, bearing in mind I can’t use lots of pictures, this is the one I will send. Unless you have a better idea.

I would love any feedback, you can be critical and I won’t be offended. I might just un-follow you  🙂

Today is back to school day for most of the children in Italy. My Italian wife, Mrs Sensible is a primary school teacher. This year the Italian education authority thought it would be a good idea for her to teach English, mathematics and music in a school five villages away and English and Italian in a school six villages away. My wife seems to spend half her life driving from one school to another.

While I sit here typing this blog Mrs Sensible is colouring in posters for her new classrooms. The little quip I made about, I hope you have finished all your work before you started colouring in your pictures was almost met with physical violence.

I too have to go to school; Mrs Sensible has forced me to go to the local evening class to learn Italian. I suppose forced is maybe a bit hard, my mum forced me to school by threatening me with the slipper, Mrs Sensible used the “If you want to stay in Italy you need to learn the language or maybe we should just go back to the UK” threat.

I have never found my lack of Italian to be a huge problem, I can order wine and grappa. I can also request the cost of items at the local shops. In fact my lack of Italian has been quite useful, Scusi, io inglese, mi dispiace non capsico, (Sorry, I am English I don’t understand)  has saved me from buying expensive items or helped me escape from street traders trying to sell me bags and belts.

So, as my good wife had become exasperated with being my interpreter, she enrolled me in a basic Italian night class run by the local municipal for stranieri (immigrants). The teacher Maestra Piera is in her late 50s. Her eyes glitter with excitement as she explained to my wife that if I want to learn Italian, all I have to do is listen to everything she says. Oh and importantly attend her class regularly. This seems far removed from the way I was taught in school. I seem to remember it took the threat of the cane and detention for me to apply myself to the lessons.

On my first lesson, I was determined not to draw attention to myself. I quietly entered the classroom and walked to a desk at the back of the room.  As I started to sit down, Maestra Piera pointed at me and announced to the class “Lui e’ Inglese, si chiama Peter.” (He is English, his name is Peter) She then pointed to a desk at the front of the class and shouted “Vieni Peter, vieni qui.”  (Come Peter, come here) The horrors of my former school life quickly returned as I slowly dragged myself to the front of the class and sat down in the desk that is normally reserved for the naughty boy. I was beginning to wonder if I would have to produce a sick note signed by my wife when I decided to skip a lesson.

The classroom is the same as any schoolroom that I have sat or stood in the corner of. The only difference is the desks are scored with graffiti in Italian, Giuseppe Ti Amo Loradana. (Giuseppe loves Loradana) As I sat waiting for the lesson to begin I started to thumb through my new Italian – English dictionary, wondering if my homework would include backing it in brown paper. As I sat there wishing I was somewhere else I become aware of all the different languages that were being spoken in the room Russian, Ukrainian and a lot of French but no English.

We started the first lesson with a simple subject. How to change a singular noun into a plural noun, while remembering to change the article at the same time. We also needed to remember that the rules are different for male and female gender nouns. Not only is it mind-boggling, but all the explanations the teacher gave were in Italian. Logarithms without a table or calculator would have been easier. It wasn’t until I showed Mrs Sensible my notes later that night, that I became aware of what I had been listening to for the previous two and a half hours.

At one point during the lesson Maestra Pierra looked at me and said with a huge smile and a nod. “Peter hai Capito?”  (Peter you understand?) I slowly shook my head no. Huge mistake! She walked to my desk smiled at me, leaned in close and raising her voice to a shout proceeded to give me the exact same explanation, once again in Italian. “Oh ok ok io capisco” (Oh ok ok I understand) I said. I never made that mistake again.

In the early lessons I think Maestra Piera thought I was her perfect student. I never asked her to repeat anything twice and I wrote down almost everything she said. It was only later that she understood how badly I was progressing in her lessons. One of the problems with the lessons, was I didn’t understand Italian therefore I didn’t understand the teacher. The second problem was the class had a massive mix of abilities. There were the French, Spanish and Romanians who with their Latin based language could argue with the teacher over the correct structure of a sentence and then there was me who needed pictures of cats and dogs with gatto and cane (cat and dog) printed beneath them.

I struggled through two years of classes with Maestro Piera and I know it was as much a struggle for her as it was for me. The symbolic certificate she gave me saying I had attained level 2 in Italian was presented more for my dogged attendance and also to make sure I didn’t re apply for a third year.

**Thanks for the suggestions, I have updated the post. So if the comments below don’t make any sense, it is my fault.

50 thoughts on “Read, help and criticise…”