Some friends and I went to watch two local villages play a game of Tamburello.

The rules of the game seem simple enough, when the ball comes towards you, you hit it back as hard as you can using your tambourine. 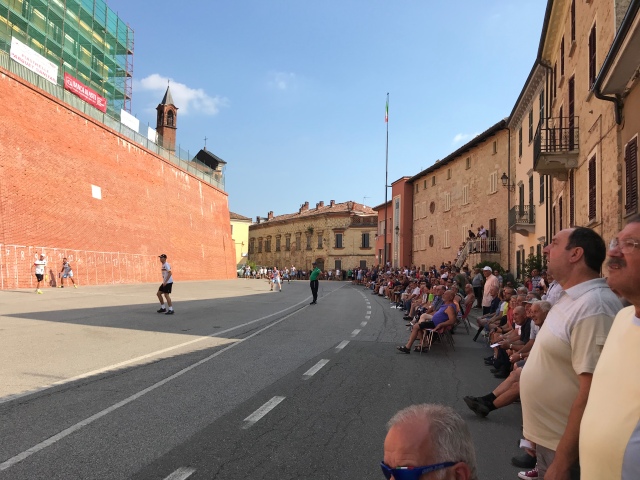 The main road is transmogrified into a court

Any finesse, such as hitting the ball so your opponents can’t return it, appears to be frowned on.

One of the younger ball boys in action

The scoring is similar to tennis, the main difference is Tamburello ball boys are a little older than their Wimbledon counterparts and the highlight of the game is when the players miss the ball and have a mini hissy fit.

While we watched Grazzano give Montechiato a complete thrashing, I received a message that our local village team was playing a home game, so we rushed to our cars and in all the excitement, I drove my little Mini into a drainage ditch.

I think I might have uttered a naughty word

Unfortunately neither of the right hand wheels were touching the bottom of the drainage ditch.

It became apparent that Mr America, his girlfriend and I were truly stuck. The other half of our little international supporters association, Miss Canadian and Miss Italy/Usa (I’m not sure which part of her is Italian) had already set off in their car while I was driving my car into a ditch.

We phoned them and suggested they return with a long tow rope.

Mr America let go of his girlfriends hand long enough to walk around my Mini and declare it wasn’t going anywhere. We did try to drive the car out, but the wheel just turned in mid air.

I left Mr America and his girlfriend (holding hands) guarding the car, while I went off in search of a tractor.

All I found was a lot of Italians who seemed very interested in how I managed to drive my little Mini into the ditch in the first place.

Miss Italy/Usa and a gaggle of Italians

One even suggested it was because I was used to driving on the wrong side of the road.

Another suggested, five big strong men could lift my little blue Mini out of the ditch and place it on the road.

Upon hearing his suggestion, the Italians lost interest in my predicament and decided it was time for tea and spaghetti. 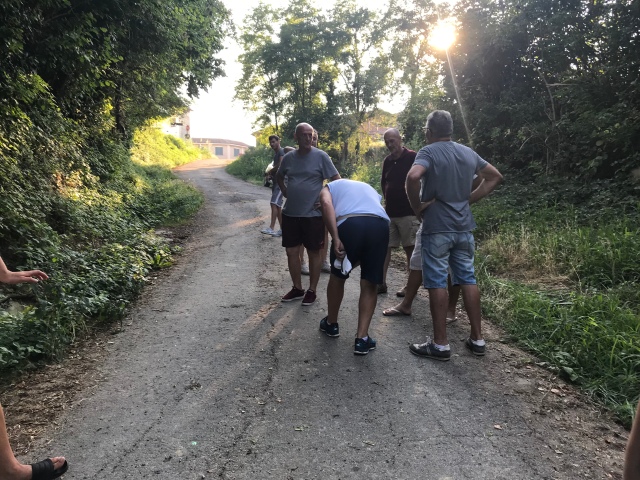 Right Lads, I think it is dinnertime

Despite Mrs Sensible being on holiday in Sicily, I phoned her and managed to persuade her to relay a message to our local mechanic asking him to come with ropes, wood and anything else that might be of use.

I don’t think she was best pleased.

And then a man with a big land rover appeared with lots of rope, I am not sure who called him, but thank you 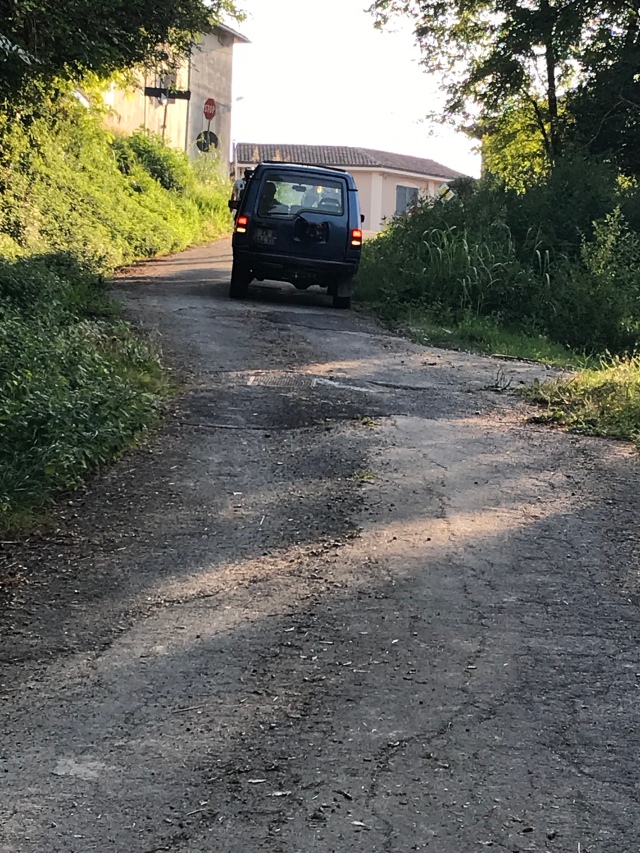 Ta daa! A hero in a Land Rover

He tied my Mini to his Land Rover.

A granny knot should do it

And dragged it out of the ditch. I forgot to take some pictures because I was so happy.

All that was left to do in our Mini Adventure was to phone Mrs Sensible and ask her to cancel our local mechanic who was hurrying over the hills of Monferrato in an attempt to rescue us.

9 thoughts on “A Mini Adventure”