I have an irrational rational fear of thinks that go bang or could potentially explode. This fear is not limited to Mrs Sensible exploding when she realises I have failed to pay the electric bill on time and ENEL have automatically reduced our available power down to zip, or maybe just enough electricity to power two 60 watt light bulbs. By the way how can they do that? This is Italy it is way too technical for ENEL and besides nothing functions that fast.

Occasionally I forget to pay the bill before they reduce our power, fortunately Mrs Sensible is only aware of one of these mistakes.

This rational fear of things that may spontaneously explode, dates back to a very traumatic life event during my young formative years. My mother had one of those long tube vacuum cleaners, the ones that mothers drag around behind them. From what I have been told, I decided to sit astride the hoover and pretend I was riding a horse. Everything was fun, until somebody who had a really strange sense of humour decided to find out what would happen if they pressed the big red button and switched it on whilst I was playing my little game. 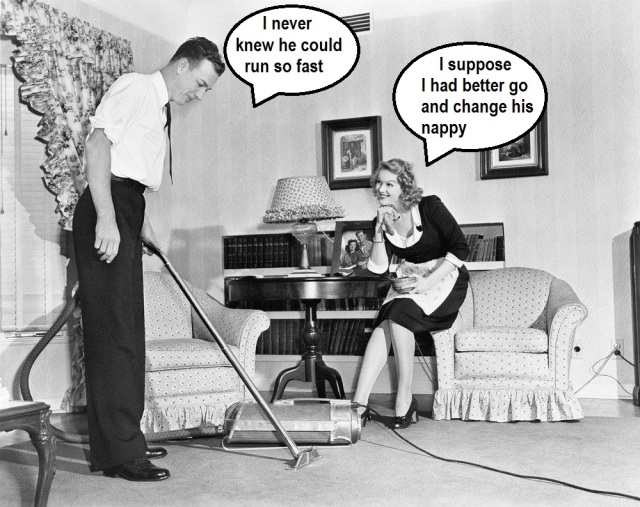 A typical Sunday afternoon when I was a child.

From an early age it would appear that I had learnt how to multi-task, I managed to fill a clean nappy, get off the hoover and run screaming from the room quicker that you can shout BOO! I don’t want to thank the person who pressed the red button, but the traumatic experience has in the past, saved me from many injuries. To explain how quickly I can move when startled, let me give you this example: A lunatic of a neighbor who disliked my elder brother, once decided to bang on the roof of my brothers van with a rather large stick. Before my brother had got out of the van to hit him, I had already left the van and sprinted 40 metres up the road and was in a defensive crouch waiting for the (what I thought was exploding van) bits of van to fly overhead. I was 15 at the time.

Back to this morning, Mrs Sensible suggested that we start using the central heating for a couple of hours in the morning and a couple of hours in the evening. Using the heating for only 4 hours a day might seem frugal or penny-pinching to you, but in reality  it will save us hundreds of Euros. The first winter we lived in Italy we heated the house the same way we did in the UK and our ENEL  November / December gas bill was for over nine hundred euros! and that was a little efficient combi-boiler not the monstrous beast we have in this house. 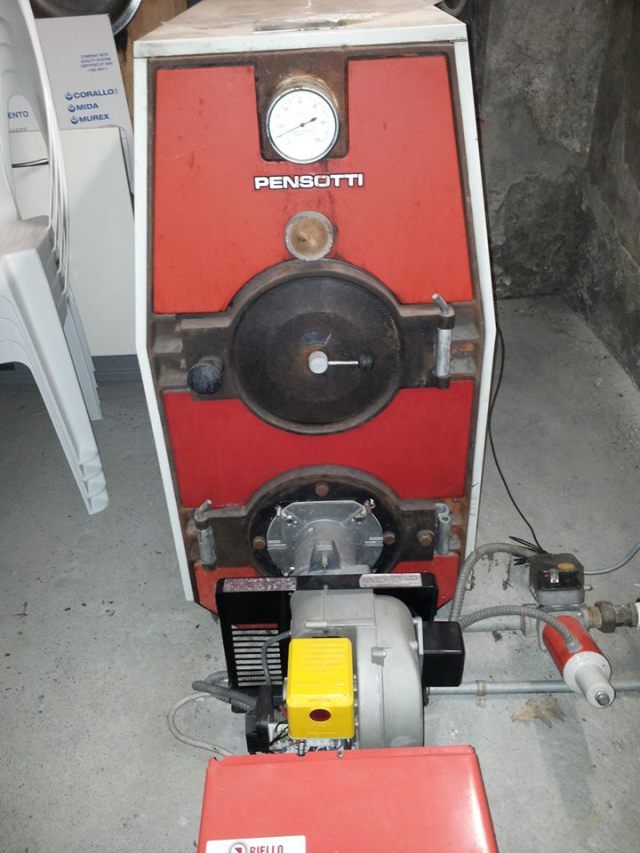 To give you an idea of its size, look at the stack of garden chairs next to it.

We think this boiler was either army surplus of was previously used to heat the Casale Monferrato hospital and the ambulance station next door to it. When the boiler starts, it sounds like a jet engine ready for take off, I cry as I can hear hundreds of euros of gas being sucked into it. Now this boiler has sat dormant for the past eight months and this morning I attempted to light it.

The new and improved system

Last year the electrical control panel for the boiler was upgraded, previously it had lots of bakelite switches and levers that looked like Frankenstein’s life support system. This morning I flipped the main electrical switch and turned on the pump controls, set the clock to on and waited. It normally takes 15 seconds to ignite and start burning my Euros; nothing it didn’t even fart. I then remembered I needed to go outside and turn on the big gas valve.

I repeated the process and after 15 seconds it hummed, whooshed and burst into action, Whoo hoo! I was just sending Mrs S a whatsapp message when it shut down. So I rang Francois our boiler expert and left him a garbled message. Something like “I Englishman, please boiler kaput fix today?” As I hung up and wondered if I could have phrased my request any better, I decided to try a little DIY. 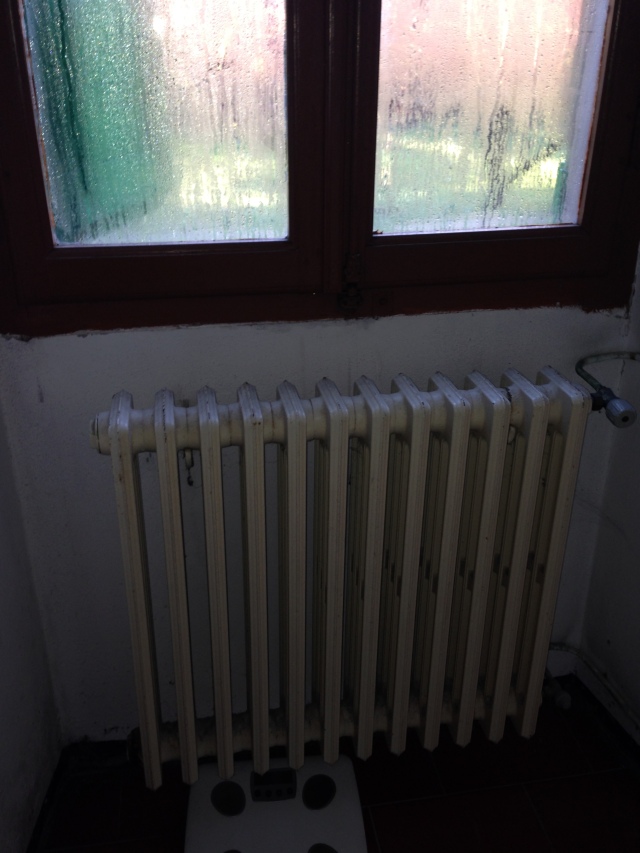 Modern radiator in my bathroom, notice the condensation on the OUTSIDE of the window…. So cold

I swiveled the weird divertor valve, unscrewed pumps 2 & 3 then remembered to turn off the gas and electric. Both pumps had seized, so I gave them a technical tap with my hammer, swore at them, reassembled and turned on the gas and electric. The pumps started turning, so I lite the boiler and retreated to a safe place. It whooshed farted and stopped.

So I phoned François again and left him another totally bizarre message. He probably plays my messages to his friends while they are getting drunk on grappa. 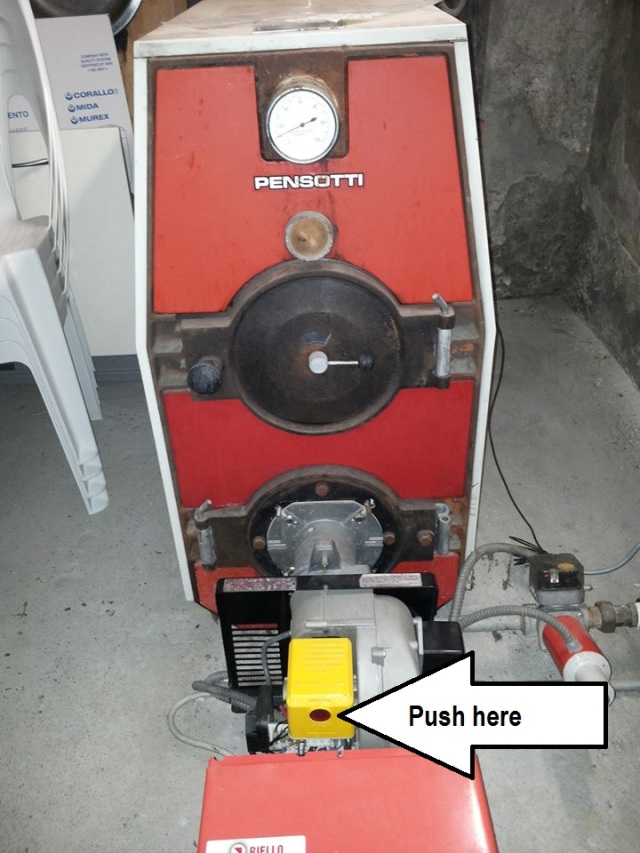 Press here if you dare

I then remembered the special reset button at the front of the boiler, so I pressed it for 10 seconds and quickly retreated outside my persevered blast radius. It hummed, farted once again and burst into life. I carefully replaced the cover, I have to be honest I don’t like or trust this ancient machine and my natural flight response was screaming in my head. RUN! It still might go BANG. 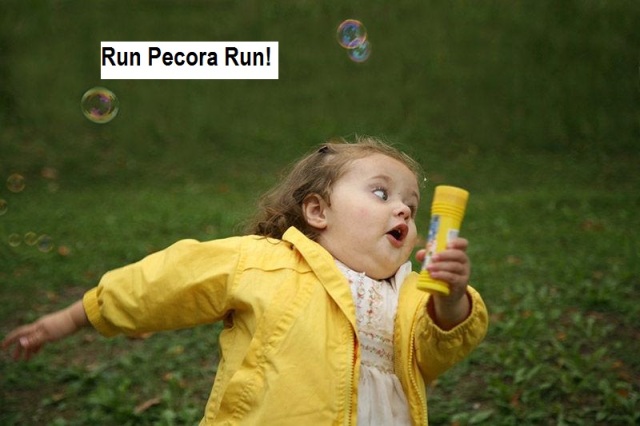 Happy December to you all.

30 thoughts on “How to light a boiler”