Scooby Doo, the Machiavellian pussy cat that has taken residency in my garage has been found alive, hungry and well. This is good news for Mrs Sensible,   and all cat lovers of the world.

Scobby Doo the ,  , , scabby white cat who has been missing since Friday morning, has been found in Luigina’s upstairs bedroom. Yesterday as we were walking towards Luigina’s house, Mrs Sensible said “did you hear that” No, what was it? “Shhh!” she demanded “I just heard Scooby Doo meowing” Without another word Mrs Sensible warbled SCOOOOOBBBBYYYYY DOOOOOOOOOOO WHERE ARE YOOOUUUUUU?

Honest I am not kidding, she really shouted it. We then  heard a faint Meow, and Mrs S pointed at Luigina’s upstairs window and said look he is there. While Mrs Sensible went running down to Luigina’s vegetable patch (Luigina spends her life down there digging holes) I went running in search of my camera to catch the wonderful rescue for posterity. 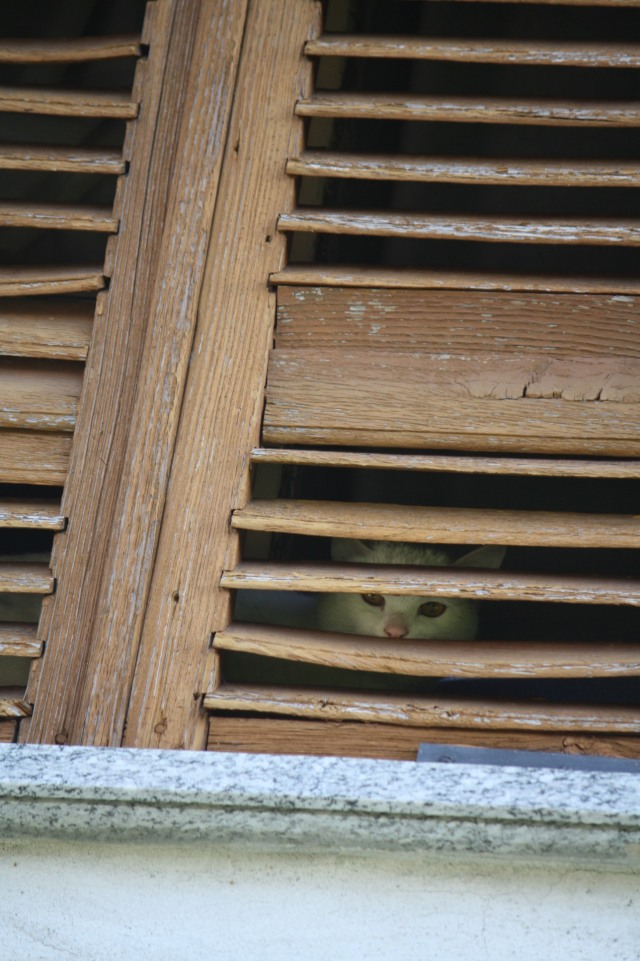 It seems that Scooby Doo had given up trying to enter my house and decided to enter Luigina’s house and in the fine tradition of Goldilocks And The Three Little Bears, he had fallen asleep in one of the bedrooms. Luigina had then closed the bedroom door and locked the cat in. At sometime over the past 5 days, Scooby Doo  tried to escape from the room by breaking the window, he then climbed through the hole in the glass and found himself stuck between the window pane and the shutter. Don’t ask me how a cat can break a pane of glass, I really don’t know.

I have to add here, that Luagina was very ill during the winter and is sleeping in one of the downstairs rooms, she is also a little deaf so she didn’t hear Scooby smashing the window or meowing to be let out. 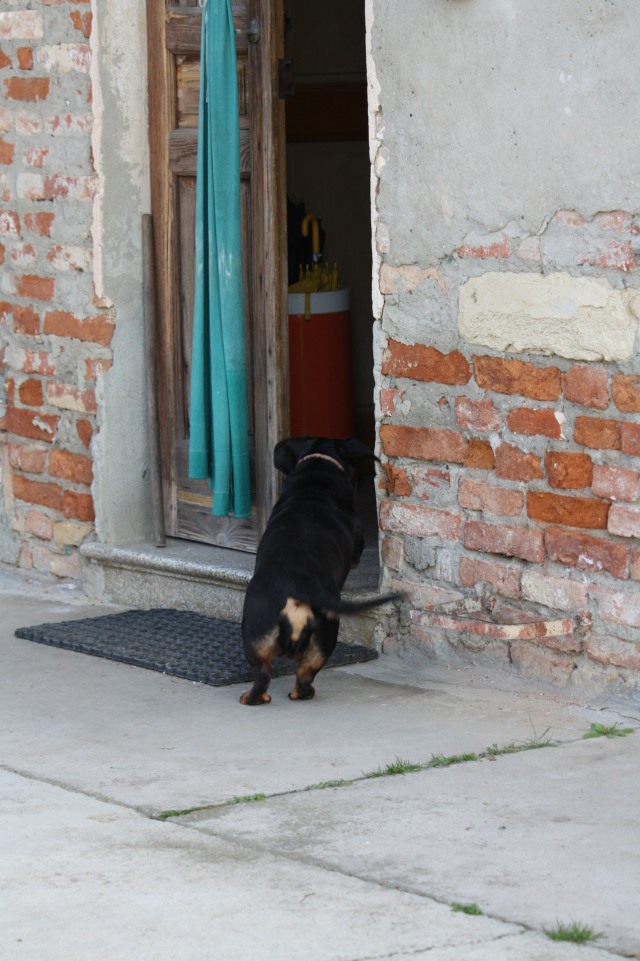 Gilda fat dog to the rescue

While I was  photographing the cat from outside, Mrs Sensible, Luigina and Gilda the incredibly fat but short-legged dog all ran upstairs to rescue Scooby Doo. Mrs Sensible said “Scooby had behaved himself whilst he was incarcerated in Luigina’s house” She said “Apart from breaking the window and peeing in the corner of the room, he hasn’t left any little or big parcels for Luagina to clean up.” 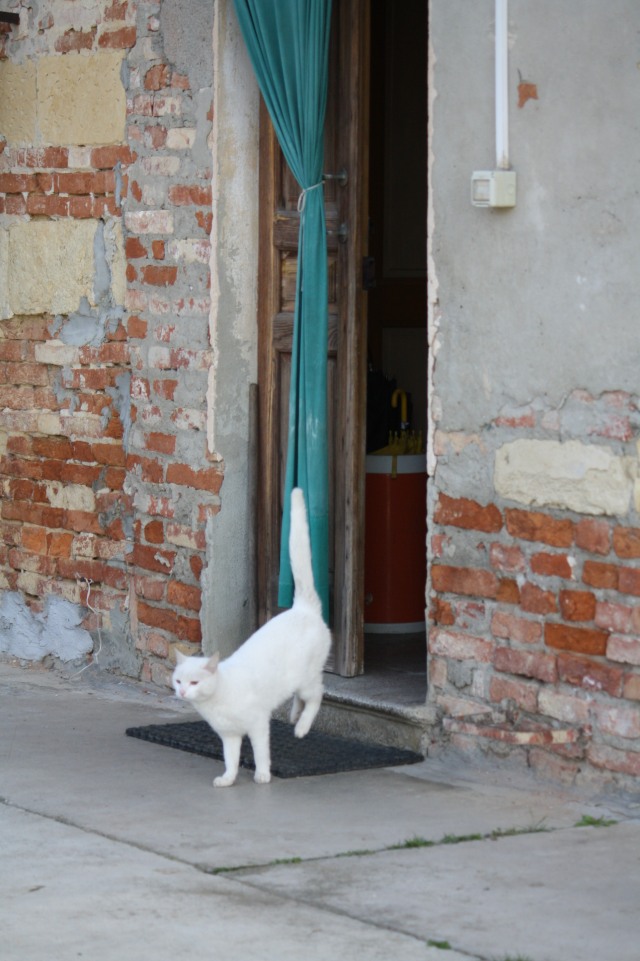 The first steps of freedom for Scooby Doo

Despite being locked up for 5 days without food or water, Scooby Doo was reluctant to leave the house, I could hear Mrs Sensible ordering the cat to “go, out, out,  scat cat” I took the photo on speed mode and it is still a little blurred, so you can imagine how fast he finally exited the house.

After leaving the house, Scooby ran over to my little home-made fish pond (If you want one of these little ponds for your garden please send me your orders. The first order will be supplied with 5 fish and a white cat) and drank 2 liters of water. He then celebrated his release from captivity with a little victory roll.

At the moment Scooby Doo won’t leave us alone. He is permanently stuck to either my left ankle of Mrs Sensible’s right ankle. Four times we have had to remove him from the car, when we needed to go out.

So alls well that ends well.

PS. This cat is still free to a good home or even a bad home. Although Mrs Sensible says he is staying.

81 thoughts on “How much is that pussy in the window,♫♪♫ I do hope that pussys for sale♫♪♫”